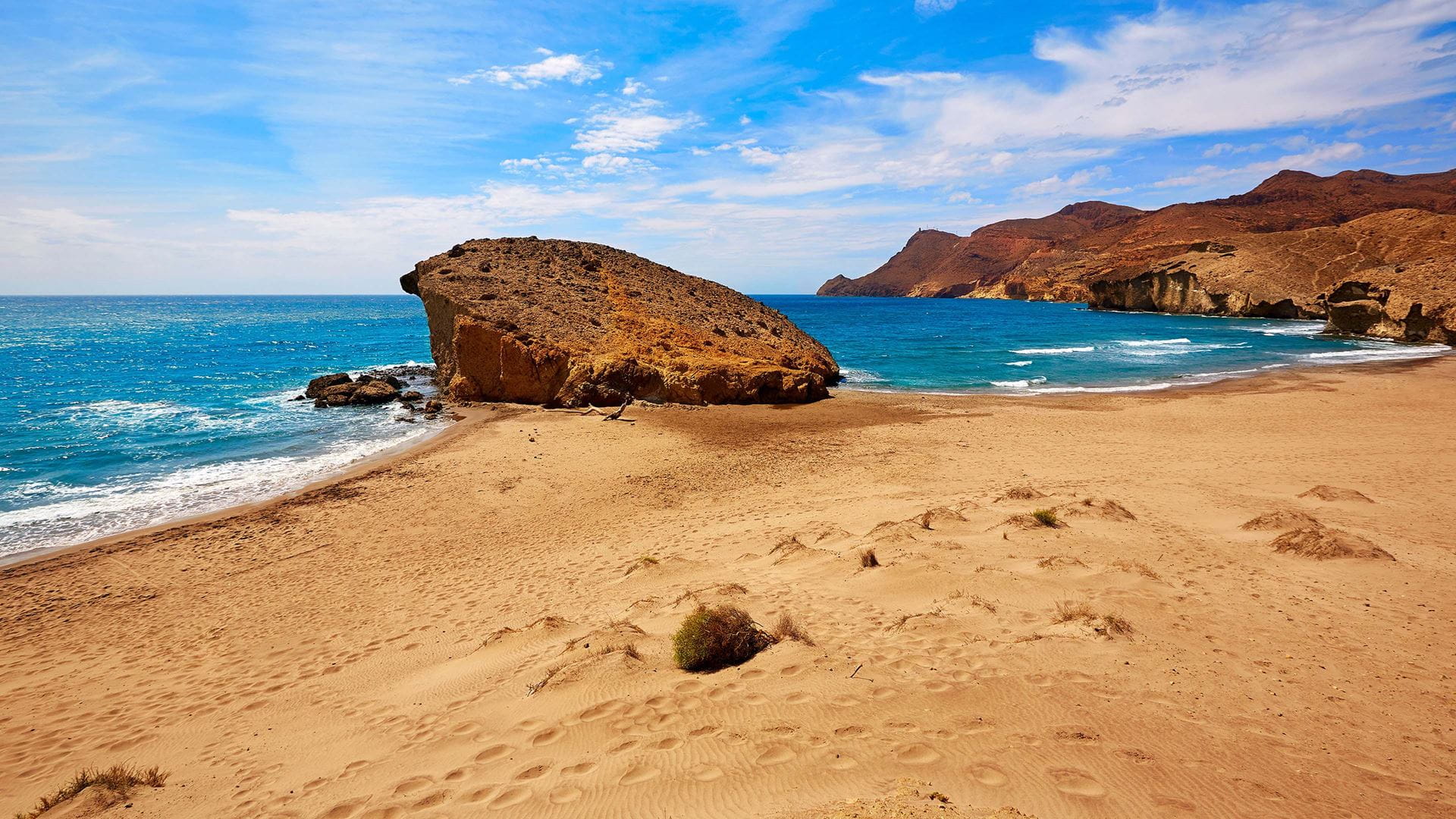 Why go to Almeria?

One of Spain’s best kept secrets, Almería gives you a rich and varied blend of the sights, sea, sun and sand you’ve come to expect from Spain.

One of several jewels in Andalucia’s crown, Almería city itself dates back to the 10th century, when it was a bastion of Moorish rule and an important harbour, a hub for the silk trade, and the scene of countless sieges and conflicts. Today you can take this in at your leisure, explore the medieval town with its staggering cathedrals, fortifications and museums, then stop into one of the city’s many bars for a cool beer and a breather. You’ll also find the best of Spanish cuisine here, with everything from mouth-watering tapas to freshly caught seafood and delicious meaty specialities. If there’s one thing to be said for Almería tourism, it’s definitely tasty.

Other cities in Spain